This Band Is Sick

by Steve White & The Protest Family 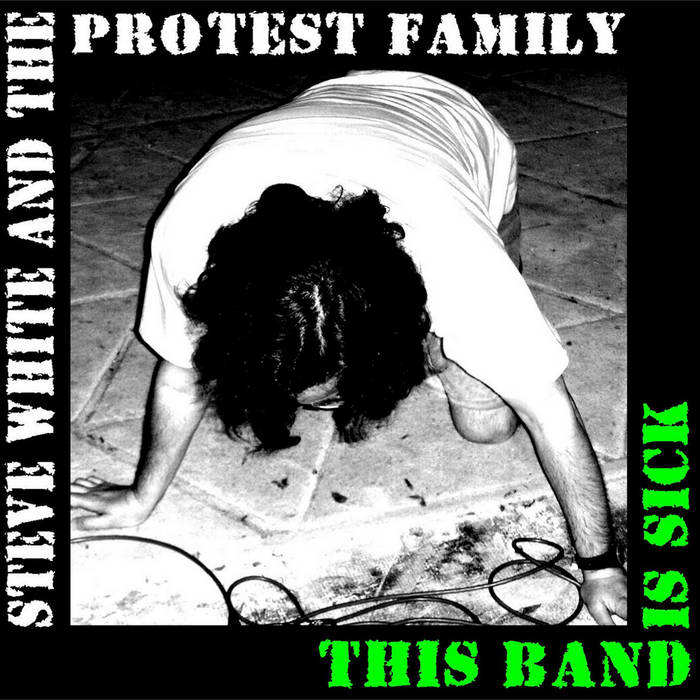 Steve White & The Protest Family are East London's favourite folk punk political sing-along band. We may not be safe enough for the major labels, but we've definitely got something to say, and we're going to say it, with wit, a certain brash charm, guitars, banjos, mandolins and, dare we say it,
moments of four-part harmony. Ours is a revolution that'll have you tapping your foot and smiling from ear-to-ear. Thinking too, if we have our way.

Led by Steve, whose unplugged sessions have become something of a feature of the Tolpuddle Festival in recent years, the band features Funky Lol Ross on mandolin and electric guitar, and veteran of the East London music scene, Doug E Harper on bass. Meanwhile banjo duties fall to award-winning player and co-ordinator of the renowned Walthamstow Folk Club, Russ Chandler. Folk who've heard us make comparisons with Billy Bragg, Ian Dury and even The Clash.

This Band Is Sick is the band's second studio album and the first time that we've worked with Steve Honest at Hackney Road, bringing some polish to the production without knocking off the rough edges that make the band what we are. The songs were written over a two-year period that saw the band playing extensively in London and beyond, including opening for Mercury Prize winners The Young Fathers at ULU and appearing at the Music For A New Revolution Festival celebrating Derry/Londonderry's year as the UK's City of Culture.

The songs themselves are all tales of modern times, from the story of the day the EDL went to Walthamstow to be seen off by thousands of locals not keen to have the racists amongst them, to the Mayor of London's intransigence over London Underground ticket offices closures (Bad Day For Bojo), to the surprisingly tender treatment of the death of Isobel Jones-Reilly. Although crafted around the band's East London base of Walthamstow, the songs really are about everybody, and everybody's struggle. There are as many solutions posed in the songs as problems, and a definite call-to-arms. There's even a reworking of Florence Reece's Which Side Are You On? The careful listener may even notice that we're are all supporters of Leyton Orient Football Club.

Physical copies on CD are available at gigs and from our favourite retailers Four Dogs Music and Bookmarks The Socialist Bookshop If you're waiting for an Amazon or iTunes release, don't. We don't support corporate tax dodgers or companies that exploit workers on zero-hours contracts.

No kazoos were harmed during the making of this recording but that wasn't for the want of trying.